A screenplay by Jonathan LaPoma 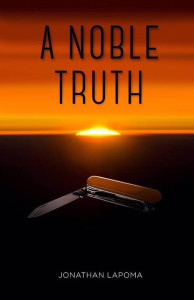 Tim Pastoria, a twenty-seven year old once-rising songwriter, mysteriously disappears from the public spotlight and is now working as a repairman for ice machines in dive Buffalo, NY bars.

When his estranged best friend, Tracey Morretti, returns to Buffalo after supposedly graduating from Columbia’s School of Journalism, he struggles to persuade Tim to take a road trip with him across America. Tracey wants to document the misery that pervades the country and the truths that he aims to find that unite people—information he’d like to use to write a book that, he hopes, would inspire people to make positive changes in an ailing world.

Though terrified to leave his comfort zone and suspicious of his friend’s motives, Tim reluctantly accepts Tracey’s proposal and they set off together on America’s highways.

A few States into their trip, however, it’s clear that these two men are running from different things in different ways: Tim, by burying himself in work, and Tracey, by plunging into constant motion whenever things seem to slow down. 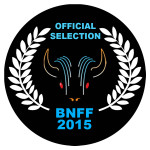 After a few poignant encounters with people that he meets on the road, Tim realizes that the path to healing begins with being honest with oneself. He slowly comes to terms with the events that have hijacked his life—events that had caused him to quit the music scene—and he begins to write songs again. After he performs a song at an open mic night at a Denver bar and receives an enthusiastic response, he begins to think that he can find a place for himself in this world in spite of the fear and negativity that he feels around him.

As Tim begins to experience a sense of renewal, Tracey falls deeper into a state of denial about his own sordid past, and he attempts to drag Tim along with him, for better or worse. By the time the two arrive in Mexico—a symbol of the truths they are seeking—all of their dirty secrets are out in the open.

After Tim makes peace with his past, he understands the main focus for the book—and Tracey’s real, and chilling, reason for wanting to write it. Tim urges his friend to confront his own fears, but it may be too late.