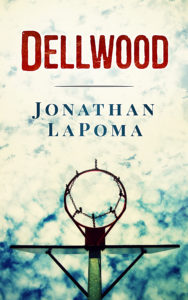 James Caverela is a financially successful, but unhappy, novelist living in Madrid. When he hears that his best friend has been murdered in Buffalo, NY, the town where they grew up together, he reluctantly returns for the funeral. Driving through his old working-class neighborhood, James sees several sites that draw him into memory.

An eleven-year old James and his older brother, Dan, play basketball to escape the religious indoctrination and abuse that they are subjected to at home and at Catholic school. Through their athletic skills and determination, they impress the punks who run the local basketball court, Dellwood, and are accepted as members of this select group of boys who, while kings on the court, are failures everywhere else.

As the years pass, the boys follow different paths—some getting into drugs and crime, while others work hard to realize their dreams—yet they remain close, sharing their common love of basketball and their mutual respect for each another.

When the depression that has haunted his family for several generations becomes impossible to ignore, James fights back against the “blind faith” that he sees as its cause. He rebels against his parents and the church, and as he begins to separate himself from them, he starts to question his values and true identity.

But this separation also adds more distance between himself and Dan, who is far more willing to sacrifice his life and considerable talents for what he thinks is a greater good. This sacrifice threatens to darken and dominate Dan’s life, and no amount of playing basketball seems to help him cope. James tries his hardest to help his brother, but he soon realizes that his own problems are just as bad, and James feels powerless to help anyone, including himself.

After a serious injury destroys James’s chances of playing basketball again, he flees Buffalo and begins a successful career abroad as a writer of fiction, creating, in the process, a set of myths about himself.

At the funeral, James sees a number of people from his past and must decide whether or not to confront them and, as a result, himself, or continue running from who he truly is.