La Tierra Que Yo Amo (Land That I Love)

Thirty-year-old Zyanya “Zoe” Hall is a half-Mexican, half-American dual citizen who returns to her hometown of Oaxaca, Mexico after living in New York for the past seven years and trying, unsuccessfully, to make it as a dancer. Zoe sees herself as a New Yorker—progressive and socially/politically conscious—and dislikes the idea of having to return to a city where political corruption reigns, and where women and the Indigenous are second-class citizens.

A few weeks before Zoe returns to Oaxaca, a young Indigenous girl was raped and killed in broad daylight, and the town is alive with protest. The mayor, nearing the end of his term in office, doesn’t press the police force, led by the corrupt Chief Nardo, to find the killer. Though she’s a proud feminist and part Zapotec, the largest of the Indigenous groups in Oaxaca, Zoe refuses to protest because, she says, she feels that nothing can be done to change the sad state of affairs in Oaxaca—but there may be another, more unsettling, reason why she’s chosen to keep a low profile. 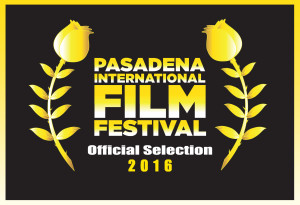 Zoe is hired at a bar where she’s worked before that’s popular among progressives in Oaxaca, and she does everything she can to stay as far away as possible from the madness engulfing the town. She soon meets Ian Wilkerson, a 32-year-old American expatriate on vacation in Oaxaca with his hard-to-please fiancée, Mercedes. Ian was a successful corporate lawyer in New York, but he recently quit his job to move to Mexico City, live with Mercedes, and follow his dream of being a photographer. It’s in Oaxaca, however, that Ian begins to realize that he may be with the wrong woman and pursing the wrong career. After getting into a fight with Mercedes at Zoe’s bar one night, Mercedes returns to Mexico City and Ian decides to stay, looking for, he says, a true Mexican experience.

Ian asks Zoe to show him around town, citing his need to learn the culture and customs of Mexico if he’s going to survive there. Zoe hesitates, then accepts his offer, and soon she’s showing him the gorgeous town and teaching him about its rich and troubled history. Though polar opposites, the two get along wonderfully—he’s a New Yorker in love with Mexico and she’s a Mexican in love with New York—and while they both complain about their hometowns, the more they explore Oaxaca and their troubled pasts, the more they start to realize where they belong.

After the bar’s owner is attacked by a police officer for refusing to pay shakedowns to Chief Nardo, Zoe and Ian get swept up in a series of escalating events trying to protect her, and find the young girl’s killer. In the process, Ian experiences the action he craves and Zoe is forced to confront the demons that have kept her from protesting. But when Zoe’s life is threatened, she’s forced to decide whether to flee Oaxaca and save herself, or stay and fight for justice in the birthplace she’s growing to love.

*Patricia Chica (MONTREAL GIRLS, MORNING AFTER, CERAMIC TANGO) is attached to direct LA TIERRA QUE YO AMO/LAND THAT I LOVE.