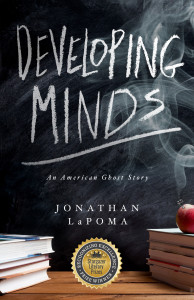 Developing Minds: An American Ghost Story follows a group of recent college graduates who struggle with alienation and addiction as they try to survive a year of teaching at dysfunctional Miami public schools.

A poetic and insightful coming-of-age novel, Developing Minds is centered on 24-year-old Luke Entelechy, an aspiring writer who sees his creative output suffer when he begins teaching at one of Miami’s most challenging middle schools. As the year progresses, however, Luke begins to relate to the neglect and abuse his students suffer, and is faced with a “haunting” decision: continue to let his dark past destroy him, or rise above the struggle to realize his potential as an artist and a “real” human being.

Equal parts disturbing and humorous, Developing Minds offers a brutally honest look at the American public school system and the extreme measures many teachers take to cope with working in it.

*Developing Minds: An American Ghost Story is the fourth book in a loosely-linked series, with Hammond, The Summer of Crud, and Understanding the Alacrán as books one-three, and The Soul City Salvation as book five. Each novel can be read independently of the others. 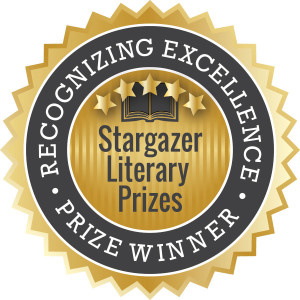 Developing Minds was originally published by Laughing Fire Press in September 2015. Laughing Fire Press is “…one of many independent presses and groups concerned with raising public awareness about the social, political, cultural, economic, and ecological issues in today’s world.” (http://www.laughingfire.com/about/). Developing Minds was republished by Almendro Arts in April 2019.

“Inspired by his own travels, screenwriter and author LaPoma’s narrative is raw and edgy, effectively anchored by two protagonists whose brio and “same sense of adventure” keep the story alive . . . Entertaining and authentic look at the troubled American educational system, courtesy of two men propelled by perseverance and adventuresome spirits.”

“Should be required reading for anyone who is considering or has ever considered teaching as a career . . . most highly recommended.”

“Conversations are raw, turgid, and right on the money, and just when the reader feels this is all comedy, Jonathan waxes poetic – and the change is seamless. This is brilliant writing from a very promising new author. He is one to watch.”

“Poignant, engaging . . . a frighteningly accurate depiction of inner-city schools . . . a full-bodied work of fiction that will ring true with both students and teachers and provide a point of hope in an industry that has become increasingly profit-minded and complex.”

“Developing Minds is a raunchy, yet captivating story of two best friends, one gay, one not, who decide to spend a year teaching in the dysfunctional Miami school district . . . Jonathan LaPoma is an extraordinary writer.”

“Sometimes the meat of a title lies not in fire and flames, but in simmering passion. Such is the nature of the coming-of-age experience depicted in Developing Minds, which offers a multi-faceted exploration of growth, maturity, and eventual transformation on the parts of all involved.”

“There are at least two competing ways of sizing up Jonathan LaPoma’s very entertaining novel Developing Minds: An American Ghost Story, and both have merit.

(1) It is a scathing comic novel about the failures of American urban education, sort of a M*A*S*H for Miami schoolteachers.

(2) It is a Bildungsroman about the personal growth of a young man who happens to be a Miami schoolteacher for a year.”

“Readers will be gripped by the many dimensions the plot has to offer . . . The story is honest, authentic, entertaining and poignant, and the contrasting images of a young man trying to grow in his personal life and the failures of the Miami school system have been woven together well without sounding forced.”

“There is never a lack of style and all the words, carefully measured, enclose a meaning and a wink . . . The author delves into the intricacies of the human soul with padded outlines with rapid strokes, no less precise or less deep on a psychological level . . .”

“I was quite impressed . . . The humor was quite well-done, I found myself laughing out loud . . . As a young adult myself, I find Luke’s personal life so relatable and realist. We learn how to get out of toxic relationships, to be able to move on and to recognize true friends or, simply, the friends that are not good for you anymore. The author puts it in a subtle and smart way . . . The character development was rightfully done . . . don’t miss it!”

“Not for the faint of heart, Developing Minds will either have you furiously flipping the pages or fearfully enrolling your kids in home school.”

“Incredibly artistic . . . The vast majority of college grads will relate with themes of alienation, addiction, and misguided hopes . . . Filled with drama and drugs, this novel is raw and endearing. It teeters on the edge of obscene, but really stays true to the life of an early 20-year old, amidst the drama and guise of self-discovery. Instead of idealizing public schools or idolizing functional drug addicts, it just lays out the truth.”

“This book is incredibly raw . . . about as far removed from ‘Dead Poets Society’ as you can get.”

“Developing Minds deserves five stars as a gritty, character-driven, coming-of-age novel by a talented writer. . . This book is much more than a raw indictment of America’s school systems, of course. The protagonist is trying desperately to come to grips with his own demons — and not succeeding very well. His book project, like his proposed screenplay, is stillborn and his job as a teacher saps the creative energy from him at every turn, so the narrative often revolves around Luke’s inability to perform on many levels. .  . A satisfying ending resolves many issues large and small, however.”

“In many ways, the novel was spiritual, as well as coming-of-age . . . plenty of action and adventure, as well as some poignant soul searching . . . Anyone who enjoys realistic fiction, with a gritty edge will enjoy this novel. The characters are extremely well written and believable, and the dialogue is perfect. Despite the serious matter, the book is also very humorous, visual and vibrant to read.”