Follow a step-by-step guide with the most up-to-date and comprehensive information on how to prepare your manuscript for self-publication, taught by a certified teacher with over ten years of classroom experience.

Preparing to Self-Publish 101 will help you to prepare your manuscript to be sold on stores like Amazon, Barnes & Noble.com, iBooks, and Kobo (but it won’t show you how to sell on these stores), through a series of screencasts that show you step-by-step everything you’ll need to create a beautiful, high-quality book that readers will love.

Just to be clear, this course does not give any strategies on how to write a book, nor will it teach you how to sell the book in stores, but rather it will teach you everything you need to know to prepare your book to be sold in stores.

I’ve included the most up-to-date, proven and effective strategies to help authors of all budgets create the highest-quality book possible.

Achieving success as a self-published author is often a long-term journey, and preparing your manuscript for publication is a crucial step that, if done correctly, will help you to increase your chances of maximizing sales and growing your readership once your book has been published. I’m ready when you are to take that step of this journey together.

To sign up for free, click the box below and let me know where to send you the link to the course. 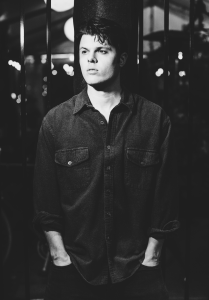